Thank you to our Baguette Ween for this post on our next Queen-in-Training’s potential tiara options! This whole week is going to be full of interactive look-forwards and look-backs, so sit back and enjoy the lull between the holidays. We’ll be back with Bits and Bobs and other features in January 2022.

We have seen a lot of Queens-in-Training turning 18 recently, and Princess Ingrid Alexandra will be the next one to hit this milestone on January 21. Typically, the coming-of-age princess debuts a tiara during a banquet in their honor, but since that has been postponed Ingrid’s first tiara appearance may very well be new formal portraits of her in a tiara, wearing King Harald’s family order and the Order of St. Olav.

However, since the current trend is to wait until monarchs-in-training have completed their education prior to becoming a full-time working royal, she could also be seen in new portraits similar to the ones shared of Catharina-Amalia for her 18th birthday, possibly wearing King Harald’s family order with the accompanying news that she has been named Knight Grand Cross (with or without the Collar) of the Order of St. Olav. She has a vast selection of tiara options on her hands for when she does begin attending tiara events, and here are my top choices for Ingrid’s first tiara.

The sole tiara on this list to come from Ingrid’s British ancestors, the Vifte Tiara was a wedding gift from the Rothschild family to Queen Maud. We have learned that the name of the tiara comes from the fact that it resembles a fan – or vifte – in Norwegian.

It is made of diamonds set in silver and gold and can be worn either as a tiara or as a necklace. Queen Sonja inherited the tiara when she married King Harald in 1968, and she passed it down to her daughter-in-law Crown Princess Mette-Marit shortly before her wedding to Crown Prince Haakon in 2001. Mette-Marit has worn this as a tiara exactly once, during the 80th birthday celebrations in honor of Harald and Sonja in 2017. Since Mette-Marit favors her other tiaras, maybe she will pass this along to Ingrid so it can get some more love. 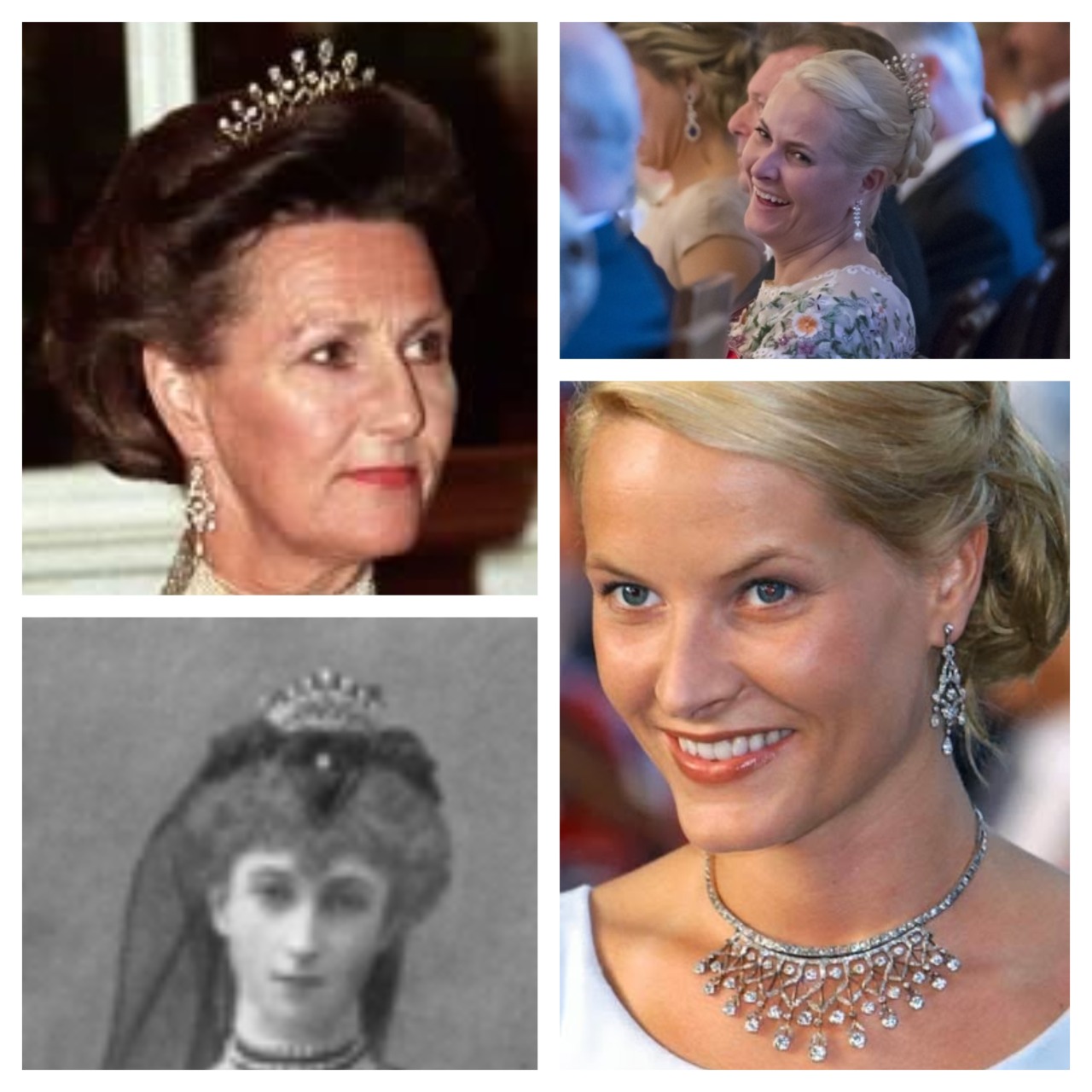 This tiara was a wedding gift from the people of Stockholm to Princess Märtha when she left home to marry Crown Prince Olav in 1929. Known as the Vasa tiara due to its central elements evoking the sigil of the House of Vasa, a former ruling family of Sweden, it was one of Crown Princess Märtha’s favorite tiaras. She shared it with her daughters, Princesses Ragnhild and Astrid. After Märtha’s death in 1954 and Harald’s marriage 14 years later, Princess Astrid became the sole wearer of the tiara.

Astrid has stated that she considered the tiara to be a lifetime loan, and it will go back to the mainline of the royal family after her death. She has already begun passing along some valuable family history to Ingrid. She gave the badge of the Order of Victoria and Albert that belonged to Queen Maud to Ingrid for her confirmation. Maybe she will pass the Vasa along as an 18th birthday present to her great-niece, so she can enjoy seeing her beloved mother’s tiara on the head of a future queen before she passes. 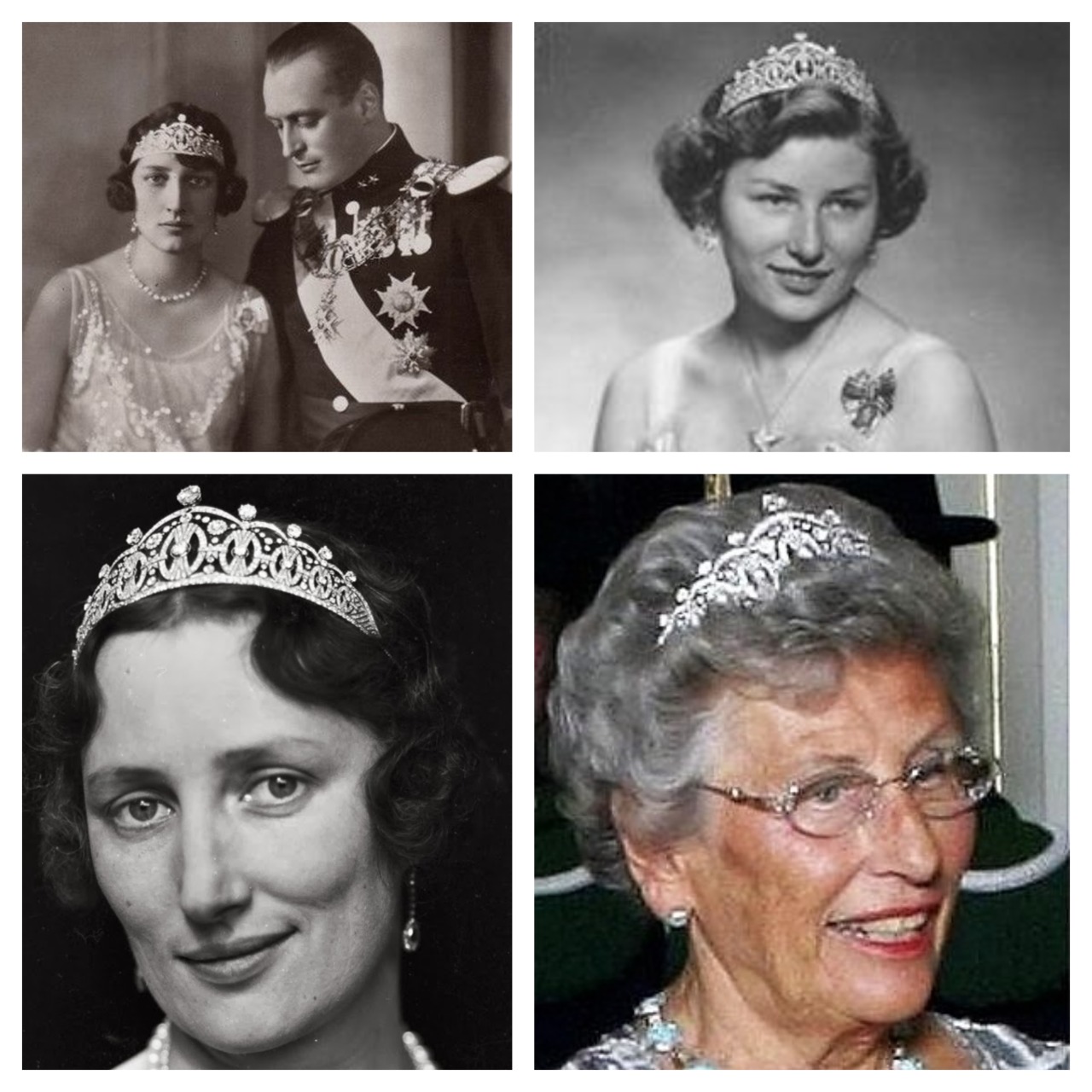 This tiara, made of amethysts, can be worn as a necklace and a tiara, hence its name. The origins of this tiara are still unknown; depending on the source it was a gift from King Harald to Queen Sonja, or it was Garrard’s “we’re sorry your tiara was stolen” gift following the theft of Queen Maud’s Diamond and Pearl Tiara.

Queen Sonja has used this as a tiara and a necklace and passed it along to Crown Princess Mette-Marit in 2004, likely as a present following the birth of Ingrid Alexandra. Mette-Marit has also loaned this tiara out to her sister-in-law, Princess Märtha Louise, for the 2010 wedding of Crown Princess Victoria and Prince Daniel, and for the 2021 Dutch State Visit to Norway. Maxima passed along her present from Willem-Alexander for the birth of Amalia to her daughter for her 18th birthday, so maybe Mette-Marit will take some inspiration from her Dutch friend. 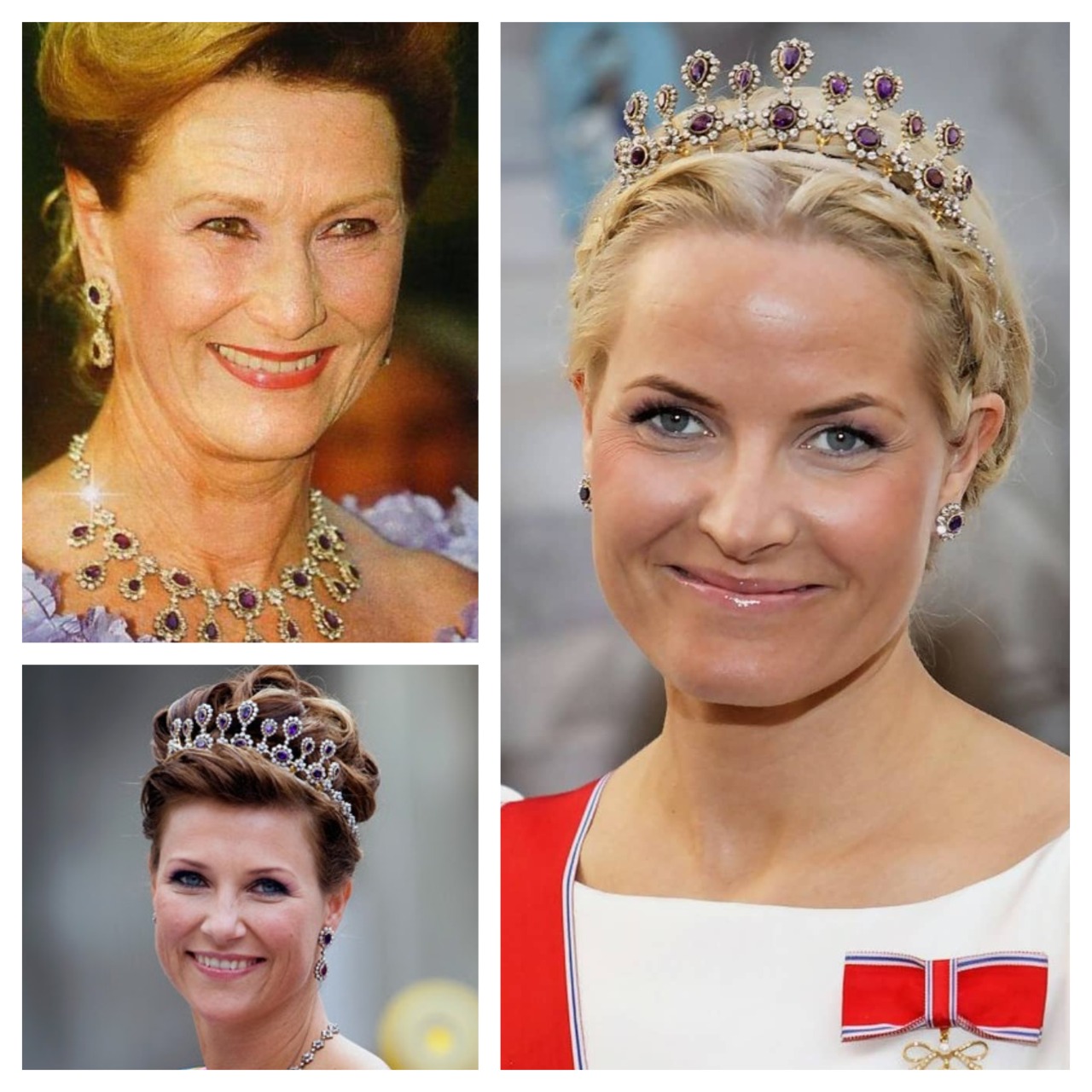 A recent tradition has been to gift princesses turning 18 or marrying into the family a brand new tiara. King Olav began this when he gifted a brand-new tiara to Princess Märtha Louise on her 18th birthday in 1989, and King Harald and Queen Sonja continued the tradition, giving Crown Princess Mette-Marit the Diamond Daisy Tiara when she married Crown Prince Haakon in 2001.

Both of these tiaras have come from Norwegian court favorite Garrard, and I don’t see Harald and Sonja going to a different jeweler for something as important as their heir’s 18th birthday tiara. The obvious choice to me is Garrard’s Daisy Chain Headdress, to match her mother’s Diamond Daisy Tiara:

The Daisy Chain Headdress was featured on their website a few years ago and has subsequently sold. Maybe Harald and Sonja saw it and sprung for it then? Or did they pick a different tiara?

Let us know your thoughts!

This poll is no longer accepting votes